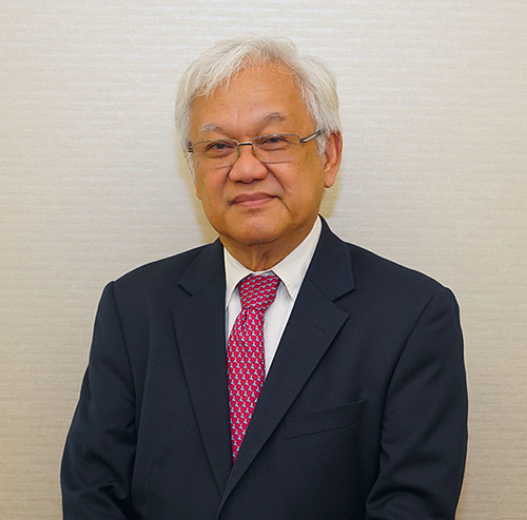 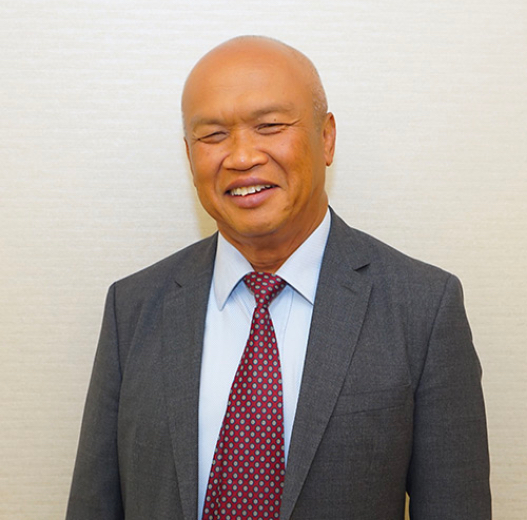 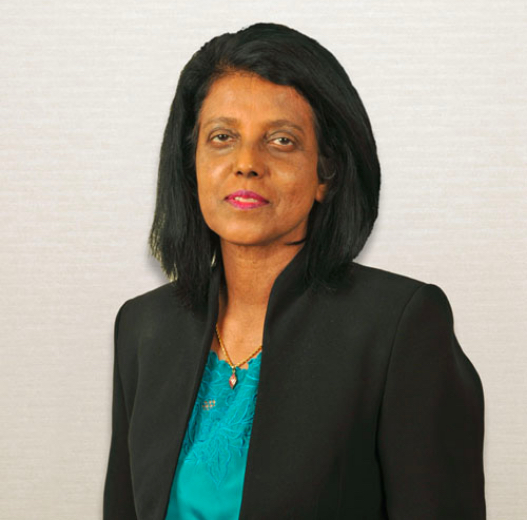 Datuk Amar Abdul Hamed Bin Haji Sepawi, aged 71, was appointed as Chairman of Naim Holdings Berhad on 25 July 2003. Prior to the Naim Group’s listing, he was the Non-Executive Chairman of Naim Land Sdn. Bhd. since 12 October 1995.

He received his early education at St. Columba’s School, Miri and Malay College, Kuala Kangsar. He graduated with a BSc (Hons) from University of Malaya in 1971, pursued undergraduate studies in forestry at the Australia National University from 1974 to 1975, and later obtained an MSc in Forest Products from Oregon State University, USA. He is also a member of the National Economic Consultative Council II.

Whilst remaining active in the timber and plantation industries, Datuk Amar Abdul Hamed developed his career around his keen personal interest in the construction sector, which was first acquired through school vacation jobs in Miri. For more than 30 years, he has been active as an investor, a manager and a director in companies carrying out civil works, offshore engineering, construction, housing and property development.

Datuk Hasmi Bin Hasnan, aged 67, is the founder of Naim Land Sdn. Bhd., a wholly-owned subsidiary of Naim Holdings Berhad. He was appointed Managing Director of Naim Holdings Berhad on 25 July 2003. He graduated with a BSc in Estate Management from the London South Bank University, UK in 1978. He is a Senior Certified Valuer with the International Real Estate Institute, USA and a member of the International Real Estate Federation (FIABCI).

He began his career in 1979 as a valuer in the Land and Survey Department of Sarawak. Since 1982, he has been involved in a wide range of businesses including valuation, project management, property development and management, construction, timber, manufacturing, trading and publishing. In June 1993, he became the Managing Director of Naim Land Sdn. Bhd. and has since been the main driving force behind the company’s growth and expansion. He was awarded the Property Man of the Year for 2008 by FIABCI in Kuala Lumpur.

He is a Non Independent Executive Chairman of a listed company, Dayang Enterprise Holdings Bhd, and a Director of a non-listed company, Naim Incorporated Berhad.

Cik Sulaihah Binti Maimunni, aged 63. She has been appointed as Independent Non-Excutive Director on 1 August 2018.

She has a Bachelor of Science in Civil Engineering (Hons) from Swansea University, United Kingdom.

She has 30 years of experience in the development and project management of privatized and non-privatized construction projects in Malaysia and in several other countries. She also has some experience in financial analysis of projects and management of companies. Her experience in roads, expressways, infrastructure, land development and dam with notably the roads in Sabah, Fiji, expressways in Malaysia, Qatar and India, land development in Malaysia, Vietnam and Qatar and dam in Malaysia. She has also undertaken several feasibility studies in Pakistan, Sri Lanka, Ghana, Sudan, Morrocco, Indonesia, Chile and several countries in the Middle East.

Her career development has been via Minconsult Sdn. Bhd., a consultancy firm where she spent 8 years developing her career from graduate engineer to senior engineer, the UEM Group, for 17 years rising from project engineer in Penguruan Lebuhraya Bhd to Executive Director/Chief Executive Officer of UEM Construction Sdn. Bhd. with responsibilities in project development/management, company management and directorship in several non-listed companies, Sarawak Hidro Sdn. Bhd., the developer of Bakun Dam where she, on secondment from the UEM Group, spent 2 years as the Managing Director to progress the more than 2 years delayed project and lastly with Naim Holdings Berhad for 3 years from 2009, as Vice President at the Managing Director’s office with additional appointment as Executive Director of Naim Holdings Berhad and Director of Dayang Enterprise Holdings Bhd, both public listed companies. 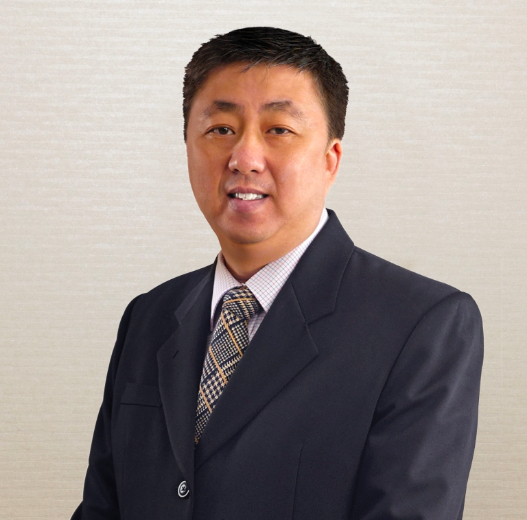 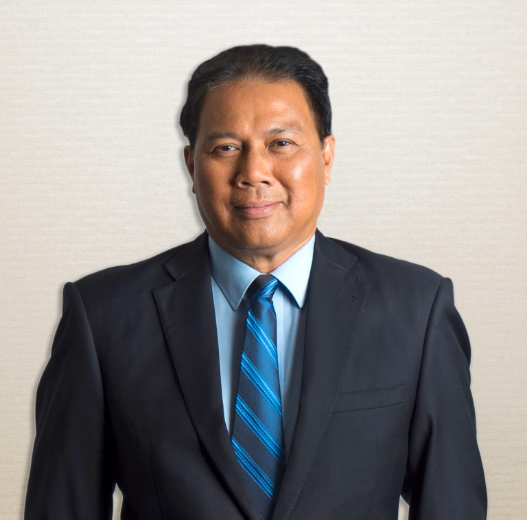 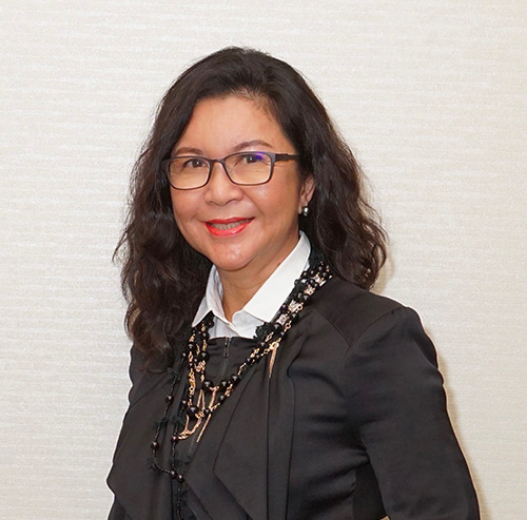 Mr Tan holds a BSc in Business Administration – Finance from California State University of Fresno. He joined PRG Holdings Bhd in 2014 and is currently the Chief Operating Officer (Manufacturing). He has 19 years of experience in the financial services industry, particularly in the areas of fund management, institutional broking, investment banking and capital markets.

Prior to joining PRG, Mr Tan was with Kenanga Investment Bank where during his tenure, he held several positions namely Director, Head of Equity Syndication, Institutional Business and Projects.

Prior to Kenanga Investment Bank, Mr Tan was the Head, Equity Capital Markets of RHB Investment Bank Bhd. He started his career in the industry with Arab-Malaysian Asset Management before moving to Affin Securities and CIMB as Senior Vice President, Institutional Sales.

Datuk Ahmad Bin Abu Bakar has more than three decades of experience in accounting, managerial and directorial roles alongside his vast insight in the field of property development, oil and gas, oil palm and timber-related industries.

Datin Mary holds a Bachelor of Social Science (Honours) from Universiti Sains Malaysia, Penang. She has more than 30 years of experience in the oil and gas industry and has been the General Manager, Petronas Sarawak Regional Office Kuching since 2009. Her wide experience covers many aspects of management, including public relations, administration, marketing, procurement and corporate affairs. She is also the President of Sarawak Women Hockey Association. 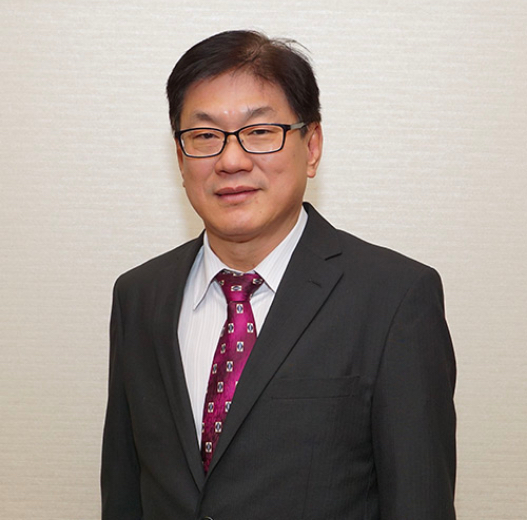 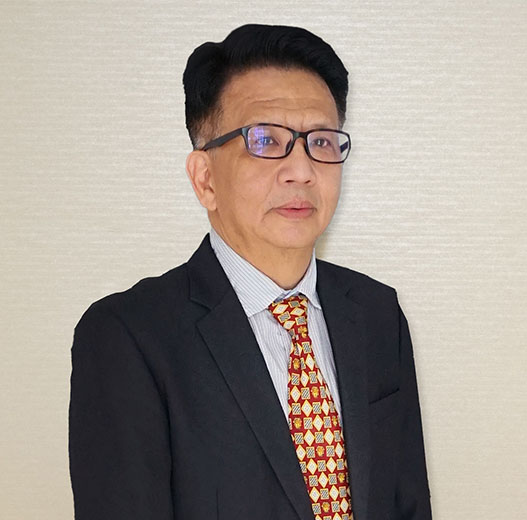 Mr Chin, aged 62, joined Peat Marwick Mitchell & Co (now known as KPMG) in Kuala Lumpur, Malaysia on 2 February 1979 as an audit junior. KPMG registered him as an articled student with The Malaysian Association of Certified Public Accountants (now known as The Malaysian Institute of Certified Public Accountants or MICPA) in the second half of 1979. After having passed the Foundation and Professional examinations set by MICPA and in the process won all the 5 gold medals on offer for the Professional I and Professional II examinations, Mr Chin was seconded to the tax division of KPMG Melbourne, Australia from October 1984 to March 1985. In August 1985, he was transferred to take charge of the Kuching Office of KPMG. On 1 October 1990, he was promoted to be a partner of KPMG Malaysia and retired from the Firm on 31 December 2013.

Mr Beh, aged 60 years old, has over 23 years of work experience in construction project management in projects such as infrastructure, housing, resettlement scheme, airport and smelting plant prior to joining Naim Group of Companies. He joined Naim in May 2006 as Project Manager, and since then, has held various positions in the Construction Division such as Senior Project Manager, Project Director, Head of Planning and Quality Control, Senior Regional General Manager of Miri and Joint Vice President of Operations. He was assigned to Fiji from 2010 to 2012 as the Project Director for the Project Upgrading of Kings Road from Waito to Wailotua. On 1 February 2020, he was promoted to Chief Operating Officer, Construction, a position he holds to this day. 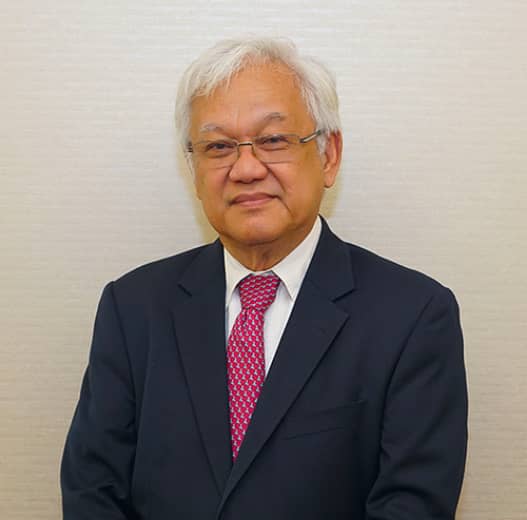 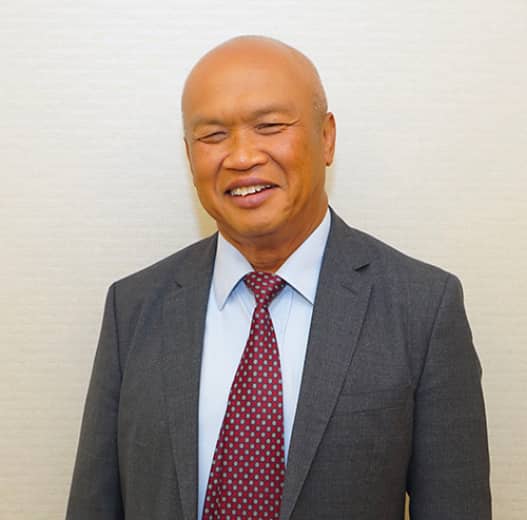 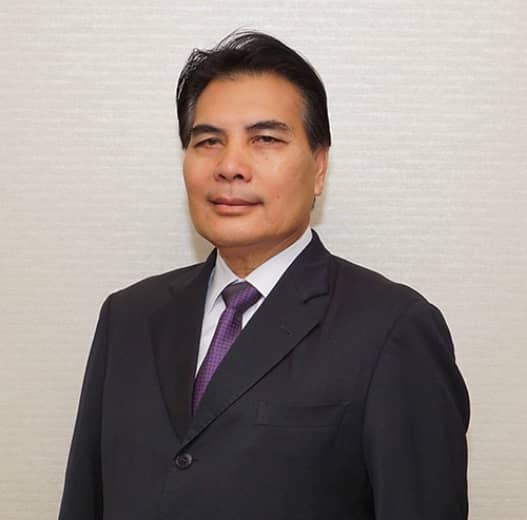 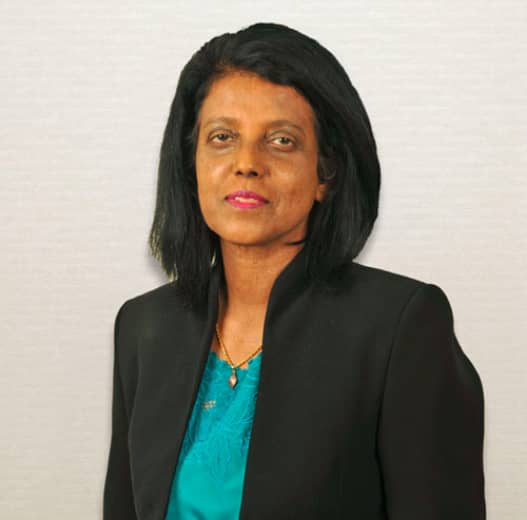 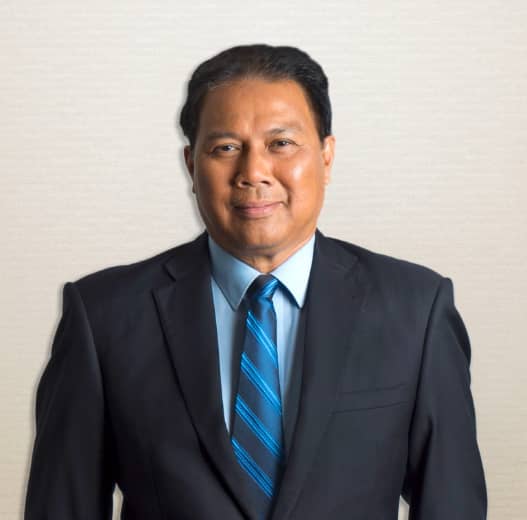 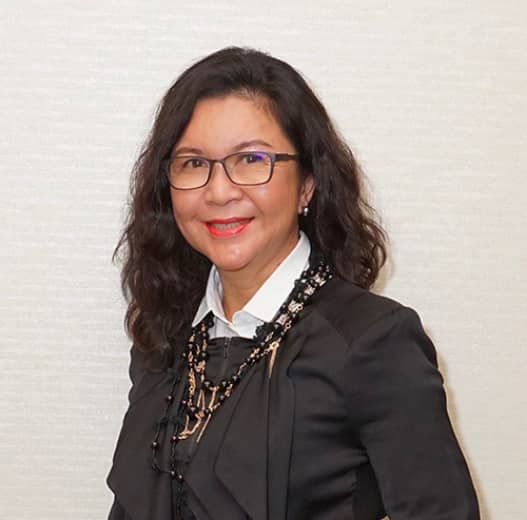 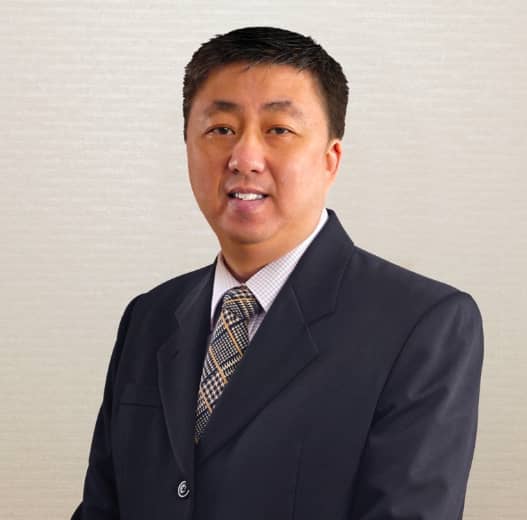 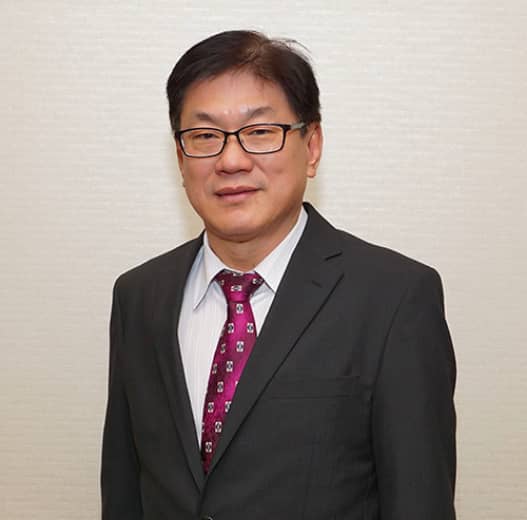 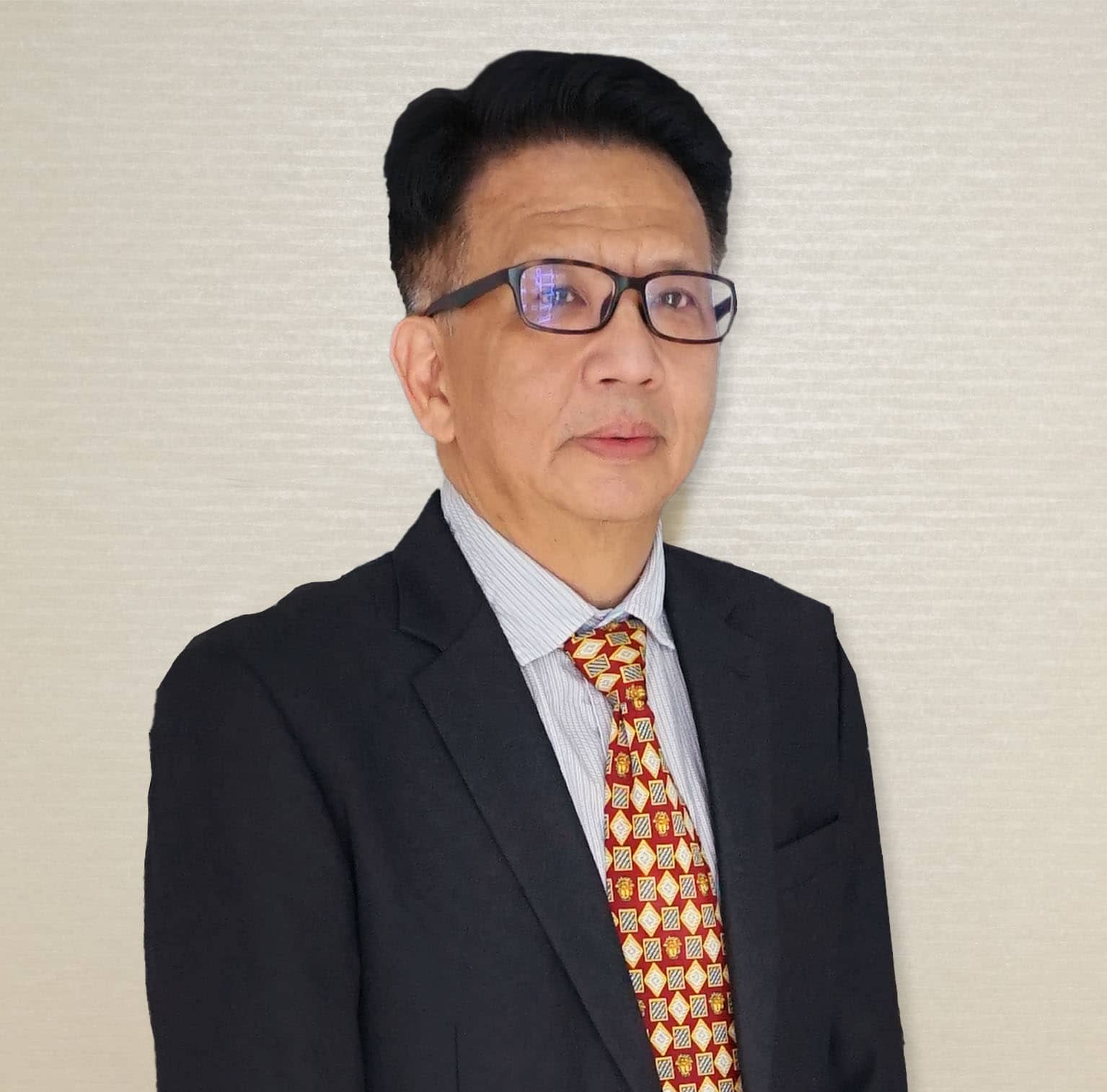 Be always up to date

Thank you for subscribing! You will receive our corporate updates straight to your inbox.

By submitting this Form, you hereby agree that Naim Holdings may collect, obtain, store and process your personal data that you provide in this form for the purpose of receiving updates, news, promotional and marketing mails or materials from Naim Holdings. You hereby give your consent to Naim Holdings to:-


Store and process your Personal Data;
Disclose your Personal Data to the relevant governmental authorities or third parties where required by law or for legal purposes. In addition, your personal data may be transferred to any company within the Naim Holdings which may involve sending your data to a location outside Malaysia. For the purpose of updating or correcting such data, you may at any time apply to the Naim Holdings to have access to your personal data which are stored by Naim Holdings.


For the avoidance of doubt, Personal Data includes all data defined within the Personal Data Protection Act 2010 including all data you had disclosed to Naim Holdings in this Form.