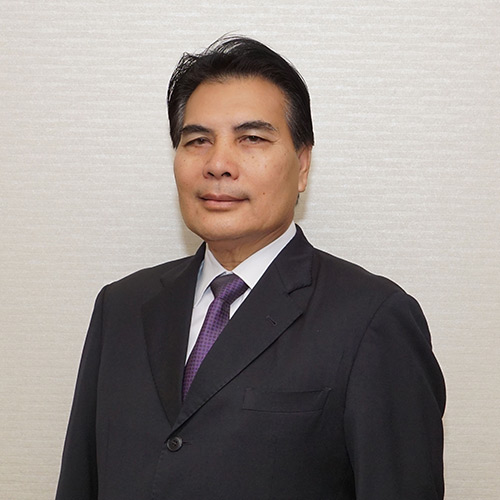 He joined Telekom Sarawak as a Telecommunication Engineer from 1979 to 1986 and assumed the post of Director of Telecom Department Sarawak from 1987 to 1990. He was the General Manager of Syarikat Telekom Malaysia Sarawak Region from 1995 to 1998. Subsequently, from 1999 to 2000, he served as the Chief Executive Officer of TM Cellular Sdn Bhd, a wholly-owned subsidiary of Syarikat Telekom Malaysia. From 2001 until his retirement on 31 October 2012, he was the Managing Director and Chief Executive Officer of Sacofa Sdn. Bhd. He was awarded the Pingat Perkhidmatan Bakti (PPB) in 1997 and Panglima Setia Sarawak (PSPS) in 2011 by TYT Yang Di-Pertua Negeri Sarawak.